Migraine headaches can be debilitating to those who suffer from them. Migraines are a specific type of headache that can last from 4 to 72 hours, usually on one side; they are throbbing in nature, and moderate to severe in intensity. 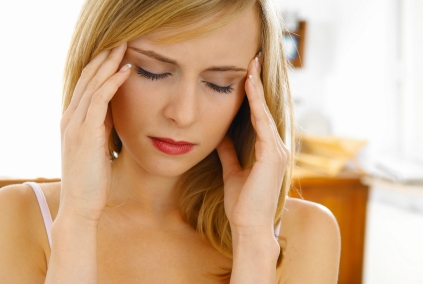 Additional symptoms may include nausea, vomiting, and sensitivity to light, noise, and smell. A typical migraine sufferer will usually have three to four of these additional symptoms. It is estimated that over 24 million Americans suffer with migraines. They include both men and women, but seem to occur more often in women between 10 and 40 years of age. Although the actual cause of migraines is unknown, it is believed that they can be triggered by a number of things including menstrual cycling, estrogen, insomnia, changes in barometric pressure and stress. In addition, it is believed that certain foods such as chocolate, cheese, and red wine can “trigger” migraines; however, this has not been confirmed by research.

In treating migraines with Chinese Medicine, acupuncture and herbs,we seek to reverse the upward counter flow of Qi to the head. This counter flow of Qi is usually due to liver depression and its other various complications. Because each patient presents with their own unique combination of Chinese medical disease mechanisms, the first step in treating migraines is with a combination of therapies. This could include acupuncture, Chinese herb and trigger point massage. Acupuncture may be used preventively, or may also be used to abort or decrease the effects of a the pain within a matter of minutes.